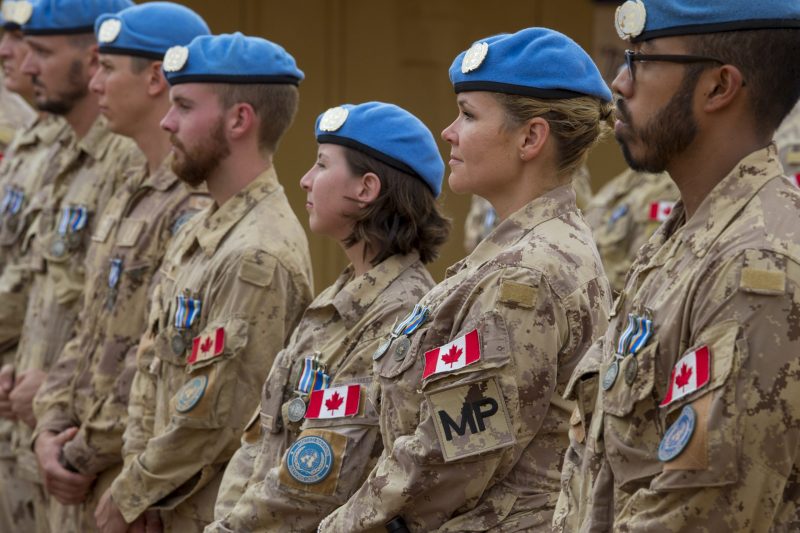 Canada has slowly depleted our military and its capacity to effectively fulfil our obligations to various treaties and organizations such as the UN, NATO, and the Multinational Force and Observers. We have yet to even meet the NATO-set target of 2% GDP expenditures on national defence, thus placing the nation in a position of unpreparedness in such a volatile world.

Green Party policy has always advocated for de-escalation and peaceful conflict resolution. We can do this while reaching and maintaining the aforementioned 2% defence spending goal by investing in peacekeeping.

Canada once set the example on how a nation should approach conflict resolution. However, since the 1990's, Canada has slid to having just 40 or so peacekeepers across several missions.

Canadian soldiers must once again receive the proper training to better prepare them for non-combatant roles, including encounters with child soldiers, human trafficking, and sexual assault and abuse situations. With a modus operandi of de-escalation and appropriate training for our armed forces, we can be better equipped—both physically and mentally—to ensure peace prevails and human rights are protected in the most dangerous parts of the globe.

The creation of two Rapid Reaction Units—one for use in NATO operations as well as one for UN missions—would allow us to better respond to international conflict while also serving as a strong showing of Canada's continued and unwavering support for both NATO and the United Nations.

Finally, continuing of a multilateral ship-building programme will allow us to the Royal Canadian Coast Guard and Canadian science expeditions on all three coasts as we strive to protect our borders, people, and environment. While the latter two do not fall under the Ministry of National Defence, creating  Canadian shipyards will support local economies and provide good jobs In the North, West and Maritimes.